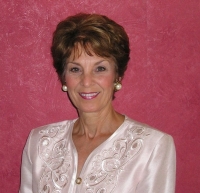 I began attending church as a toddler. My mother always took me to church and Sunday School, along with my two brothers. There were times when we even received a pin at the end of the year for perfect attendance.

At a young age two Scriptures were engrafted into my heart: Psalm 73:1, God is good and I John 4:8, God is love. I had become unshakeable to this truth.

However, after attending church for 28 years, I had never heard a single teaching on the subject of healing and that Jesus heals today. Nor had I heard a single healing testimony, but I was still grounded in the assurance of God’s goodness and love for me.

It was at this time when I was 28 years old that I became sick with cancer. A rare form of cancer, cancer of the appendix. Because it is so rare, the doctor’s could not detect what was wrong with me. After being ill for about 5 months and continually getting worse, I was admitted back into the hospital. This time for exploratory surgery.

Shortly after being admitted into the hospital, I was prepped for surgery, Since the doctor had not been able to detect the problem, one of the procedures given to me was an enema which was a normal procedure for exploratory surgery. However, this procedure put pressure on the appendix causing it to begin to rupture. I began to feel very sick in addition to a great increase of pain. I managed to get out of bed, but found it difficult to even walk. I finally managed to get into the restroom.

Then I saw something that caught my attention. It was a small red button on the wall with the words emergency button written underneath. At that point I knew something was seriously wrong and that I needed to call for help. As I reached out to touch the emergency button, the Lord in all His love and goodness intervened. My finger bounced away from the button. Uncertain as to what just happened I reached out a second time to hit the button, and a second time my finger bounced away. It was like, boing, boing! Again not understanding what was going on, I made a third attempt to hit the button, but this time I reached out with my whole hand. I then came in contact with a wall that was between my hand and the button. It was a wall I could feel, but could not see.an invisible wall. An invisible wall did not compute with me. I am sure this does not compute with you either.

As soon as I had the thought, invisible wall, I heard the voice of the Lord as He spoke three times. “Your time is up, under your present condition you are destined to die.” “Your life has been removed from the hands of mankind. Your condition is now beyond the help of the medical profession.”

Then the Lord spoke from the Gospel of John 14:6. “I am the way, the truth and the life”. Through Me you can change your destiny, you don’t have to die.”

I responded, “Lord I have read that Scripture so many times and I thought you were always talking about spiritual salvation only. Lord, I know I am saved. I remember the day I was born again. So You must be talking about a physical salvation, like healing. But Lord I don’t know one thing about healing, but I do know that You love me and if You have a healing for me, then I take it.”

I wasn’t sure what to expect, but my pain greatly intensified. Fear wanted to grip me, but I didn’t want to give place to it. I only wanted to give place to His love. At that point, thinking that I was possibly going to pass out or fall to the floor because of the excruciating pain, I reached out to grab hold of the support bar that was on the side of the wall. As I looked up towards Heaven everything within me cried out, “God help me, help me, help me”.

Suddenly the Scripture in Isaiah 41:13 came alive. “For I the Lord thy God will take hold of thy right hand, fear not, I will help thee.”

Immediately I felt the hand of the Lord taking hold of my right hand. I turned my head, but didn’t see the Lord, but felt His hand holding mine. I began to experience agape love like I have never experienced before. I knew it wasn’t just His love for me, but for all humanity. There are no words to describe the magnitude of His love for you and for me. It is indescribable, immeasurable and never ending. In a moment’s time, heat began to flow into my hand from His. The heat began to rise up my arm and when it reached my shoulder, the Lord lifted my spirit out of my body.

There are no words to describe the glory of this experience. I was removed from all the distractions and pain of the flesh, but rather was in oneness with my Lord. It was glorious. During this time, the Lord began to teach me about healing and the power of the cross.

I actually saw my spirit and for the first time realized that I was a spirit, I had a soul and that my spirit and soul were housed in a body. I was able to look down into my hospital room and saw my body. I witnessed the suffering it was experiencing, but my spirit could feel no pain. It was then that I grasped the true meaning of what Jesus did on the cross. Matthew 8:17 .Himself took our infirmities and bare our sicknesses. He took our sickness that we might have healing and walk in divine health.

At this point I didn’t know what I was healed of, but I did know I had been touched by the love of God and was healed. All I wanted to do was go back to my bed and worship the Lord. Not to talk to anyone, but only to embrace what had happened. It seemed that talking would contaminate the moment. A short time later someone came to take me to the operating room. I didn’t know how to explain my beautiful encounter with the Lord, so I said nothing. The next thing I remember was being in the recovery room.

My doctor was an elderly semi-retired gentleman who was also a very compassionate person with an excellent bedside manner. He began to talk to me about the operation.

He repeated several times, “All systems were go for ruptured appendix, but something must have happened to you before the operation.”

“Because of the procedure (enema) you were given, your appendix should have ruptured. If that would have happened, the cancer would have spread throughout your entire system. You would have died within less than two weeks and it would have been a very painful death. But something stopped it. I have never seen anything like this before. Something must have happened to you before the operation”

Later when I was alone, I heard the Lord speak to me again. It was so precious as I heard Him call me by my name.

“Marilyn, when I was holding your hand, I was also holding back your appendix from rupturing so the doctor could go in and remove the cancer in it’s entirety because I wanted you to know exactly what I did for you.”

God is good and God is love. And He is not a respecter of persons. What He does for one, He wants to do for all.

I pray this testimony is an encouragement to you. Put your faith in His steadfast love. To trust in His love is to trust in Him. Healing is a gift, but love is who He is and if you need healing, know that His love has provided it for you.